Despite the dramatic headlines in the media, shoplifting is nothing new. It is hard to believe, but the first documented shoplifting took place in London, England in the 16th century. For decades after that, petty thieves, the mentally ill, and small rings of criminals were the most common shop lifters.

The Evolution of Petty Shoplifting to Organized Retail Crime

With crime being conducted somewhat haphazardly and perpetrators being mostly disorganized, apprehending a shoplifter has typically been a low priority for police. As a result, most business owners have given up trying to stop thieves. This decision is partly for security reasons and partly because the lost revenue is not worth the cost of pursuing a court case.

In New Jersey, however, shoplifting is a common charge. Depending on the value of the items stolen, it can be charged as a disorderly person’s offense all the way up to a second-degree crime. But the effort involved in charging a criminal for shoplifting is often discouraging.

The Significant Impact of Shrinkage –  More Than Lost Dollars

Organized retail crime (ORC) is one of the greatest challenges facing all retailers today. As theft rates have spiked, it is agreed that ORC is a critical component of the growing shrink experienced by retailers. The numbers are staggering. In 2020, losses due to shrink were $90.8 billion and in 2021 that rose to $94.5 billion according to the results of the National Retail Security Survey released in 2022, which was conducted online among senior loss prevention and security executives in the retail industry in partnership with the Loss Prevention Research Council.

But the danger for retailers is not only in lost profits. To emphasize this point, NRF Vice-President For Research Development and Industry Analysis, Mark Mathews, said, “These highly sophisticated criminal rings jeopardize employee and customer safety and disrupt store operations. Retailers are bolstering security efforts to counteract these increasingly dangerous and aggressive criminal acts.” In other words, violence is growing, as is the shrink. Retailers who responded to the NRF survey specifically cited an increase in violence, shoplifting, ORC and employee theft, with 81.2% of them saying that they had seen increases in violence and aggression associated with ORC over the past year.

What’s Behind the Current Increase in Shrink?

There is an assumption that the COVID-19 pandemic has been a major factor behind the spike in shrink, with the NRF survey concluding that there is a direct correlation between the pandemic and the rise in violence, shoplifting and employee theft.

As Andrea Felsted noted for a Bloomberg analysis entitled, “Shoplifting Is Scaring Retailers. Wall Street Should Worry, too” published in January 2022, “Shoplifting, large and small, tends to rise during times of crisis. As inflation makes things harder for more families, retail theft data will be a telling gauge for consumer distress.”

To further prove the point, Jennifer Kingman in her article, “Shoplifting Reaches Crisis Proportions,” quotes CVS spokesman Michael DeAngelis, noting that, “the company has experienced a 300% increase in retail theft from our stores since the pandemic began.”

There are at least three possible factors contributing to this “pandemic” correlation. The first and most glaring is the obvious shortage of workers. With too few employees, critical areas within the stores are unsupervised, making the items an easy target. Secondly, in previous years, thieves had to use a ‘fence’ or a middleman to unload stolen items. But it is easier to sell stolen goods online, making the process easier to carry out, with less danger of being caught and more lucrative as well. And finally, as families struggle financially during mass layoffs, there is greater need for items such as healthcare, apparel, food, and beverage that they can no longer afford to purchase legitimately.

Locally, and in areas where plastic bag bans are in place, we are also seeing shrink on the rise in supermarkets. While customers used to take their baskets or shopping carts to the self-check-out register, scan, bag, and pay for the groceries, they now must bring their own bags, or pay for them at the register. What are some customers doing instead? Either bagging their groceries in reusable bags as they shop – and then walk out of the store without paying, or loading up the smaller handheld baskets, paying for their groceries, and instead of bagging what they paid for, simply walking of the store with the basket and taking it, and their groceries, home!  This is causing many stores to eliminate the handheld type of baskets completely.

What Can Be Done to Stop the Shrink?

Research recognizes that criminals who are engaged in organized theft seek out items that are Concealable, Removable, Available, Valuable, Enjoyable and Disposable – attributes that can be summed up with the acronym CRAVED.

But store owners and managers have resources of their own. On February 15, 2022, Al Tompkins wrote in Poynter that “Retailers are fighting back, lobbying for tougher laws that recognize the difference between petty shoplifting and professional crime for profit.”

Retail leaders are also working hard to safeguard employees and shoppers in the stores, as evidenced by this list of the top eight most effective tactics:

In short, retailers need to acknowledge the magnitude of the new wave of shoplifting and shrink.  As in any fraudulent or criminal situation, it is essential that owners and decision makers remain vigilant. Employee training and education, communication, use of available technology tools and consistent behavior will help to minimize or eliminate ORC and the resulting shrink. Support from the legal system may follow, but it will be up to the retailers to pursue ORC enforce strong policies.

Do you have questions about shrink occurring in your retail organization? Email me at Chris.Martin@sobelcollc.com for a confidential conversation.

Chris Martin is a Member of the Firm in the Assurance Practice at SobelCo. He has worked closely with mid-sized, privately-held businesses throughout his entire career. Chris adds value by assisting clients with their financial statement needs, providing strategic planning for their corporate and individual income taxes, and actively consulting on major financial decisions. As the Member in Charge of the Food + Beverage Practice at SobelCo, Chris primarily consults with clients in the industry ... 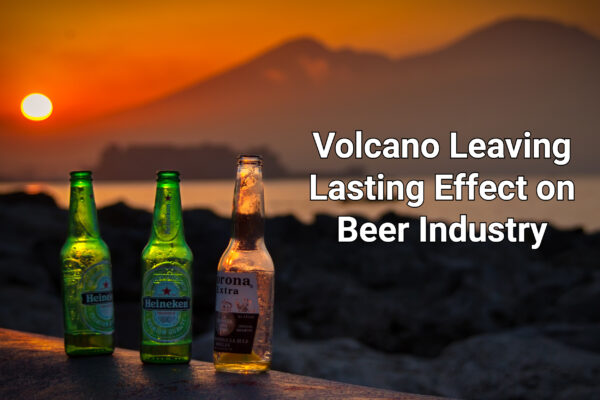 Food + Beverage   Articles
Volcano Leaving Lasting Effect on Beer Industry
With all the unprecedented events that occurred in the world in the last couple of years, the last word... 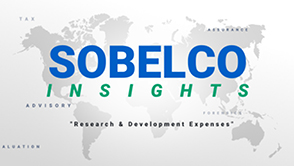